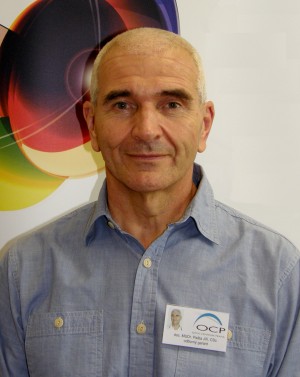 Assoc. Prof. Jiri Pasta, MD, PhD., FEBO, has graduated from the Medical Faculty of Charles University in Hradec Kralove and he has been working at the Eye Clinic of Central Military Hospital since 1980 as the Head of the 1st Eye Clinic of CMH Prague. He has been the expert guarantor of the Eye Centre Prague since January 1, 2013.

Assoc. Prof. Jiri Pasta, MD, PhD., FEBO, is a member of the accreditation committee of the Ministry of Health in the field of ophthalmology, member of the committee for postgraduate examination of Ophthalmology, as well as a member of the Board of doctoral study program of Ophthalmology at the Medical Faculty of the Charles University in Hradec Králové. With the number of 30,000 performed cataract surgeries he is one of the leading surgeons of the Czech Republic. He was awarded with the highest prize of ČSRKCH in 2012 - medal of professor Vanysek for the contribution to the development of implantology in the eye medicine in the Czech Republic. Other awards received include medal of the Czech Republic Army 3rd, 2nd and 1st grade, commemorative medals of the Central Military Hospital Prague 3rd and 2nd grade. Assoc. Prof. Jiri Pasta, MD, PhD., FEBO became an honorary member of the Canadian Implantology and Keratorefractive Association in 1994.

Assoc. Prof. Jiri Pasta, MD, PhD., FEBO, is the author of 92 professional and educational works and co-author of several monographs. He is as well the co-developer of the 1st combined pico and nanosecond laser in the world – the Oftalas FJFI. Besides other things he co-operated with Prof. Wichterle on the research and development of full optics IOL. He was one of the investigators in the Czech-Japanese project Advanced Waveguides for Laser Medicine Systems: Czech Technical University Prague -Tohoku University Sendai, and co-investigator of the Solid-state lasers grant for ophthalmology (Czech Technical University Prague – Central Military Hospital Prague).