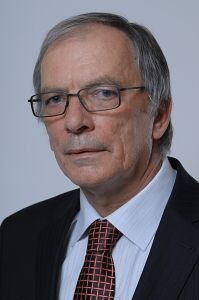 Michal Janek, MD, has graduated from the Medical Faculty of the Charles University in Prague. He worked at the Eye Dept. of the Hospital Pribram from 1975 till 1984.  He was the head of the Eye Dept. Hospital Klatovy from 1985 till 1997, and the senior doctor at the Eye Microsurgery Centre OFTA in Pilsner from 1998 till 2011.

MUDr. Michal Janek has been performing cataract surgery in the Eye Centre Prague since 2011. With the number of more than 25,000 cataract surgeries performed he is one of the leading surgeons of the Czech Republic and an important figure in the Czech cataract surgery. MUDr. Janek was among the first specialists who started removing the cataract with the laser phacoemulsification and was the promoter of ambulatory form of this surgery. During the years 1994 - 1997 he was a scientific secretary of the Czech Ophthalmology Association and co-founded the Czech Refractive and Cataract Association in 1998. Also he is a member of the European Association of Cataract and Refractive Surgeons. Regularly he takes part on the professional congresses in the Czech Republic as well as abroad and keeps a rich lecturing activity.

MUDr. Janek received the highest award of the Czech Association of Refractive and Cataract surgery in 2008 as the second person only in the Czech Rep. – medal of professor Vanysek for the contribution to the development of implantology in the eye medicine in the Czech Republic. Since 2011 he is teaching optometry at the Health College in Pilsner.